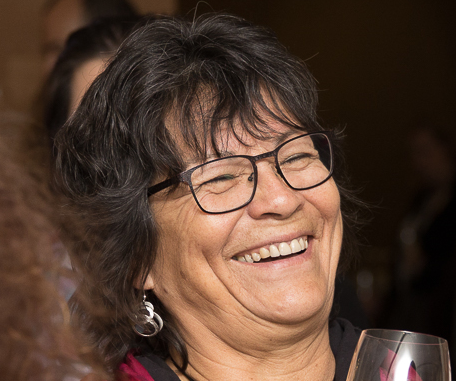 Victoria Grant, Loon Clan, member of the Temagami First Nation, was recently named Officer of the Order of Canada, one Canada’s highest civilian honours. Victoria was recognized, by the Governor General’s Office, for her work to “bridge the gap between Indigenous and non-Indigenous culture, business and communities through her facilitation and mediation.”

Victoria and her family have been long-time supporters of Anishnawbe Health. Over the last few years, she has been involved in supporting the Foundation through various activities. In 2018, Victoria was a Circle of Volunteers at Verity Club that raised $75,000 with a dinner featuring Senator Murray Sinclair and in 2019 she supported her good friend Dr. Gretchen Roedde with the launch of her book “Deep Water Dream”; which doubled as a fundraiser for Anishnawbe Health. Most recently Victoria continued her support through her role as a Circle of Landscape Cultivator, supporting the fundraising for the of First Peoples’ Landscape at the future home of Anishnawbe Health Toronto.

Congratulations Victoria for this outstanding achievement and Miigwetch for your continued support of Anishnawbe Health!