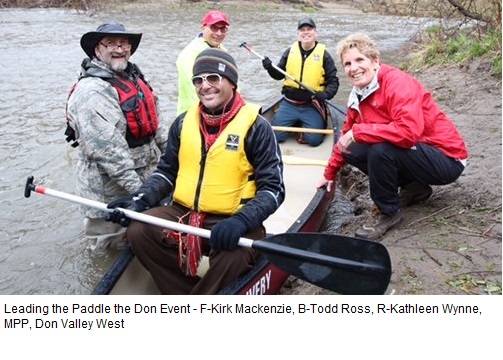 Sweetgrass Monthly Giving Donor Profile:  Todd Ross gives back in recognition of warm welcome provided to him as a Two-Spirit Métis Client

Over 10 years ago, Todd Ross walked into Anishnawbe Health Toronto (AHT) not knowing what sort of welcome he would receive. “As a two-spirit person, you never sort of know when you go into an organization or speak to a practitioner like a traditional healer what the reception is going to be but it was so welcoming. I was so happy.” Todd’s early introduction to Anishnawbe Health was through the two-spirit sweat lodge. The sweat lodge ceremony for members of the LGBTQ Two Spirit community is held twice a month at Anishnawbe Health Toronto. “I started going to the two-spirit sweats and it was through them I ended up going in and meeting one of the traditional healers.” Todd adds, “I felt very comfortable and supported by Anishnawbe Health.”

Todd’s involvement with Anishnawbe Health didn’t end as a client. Eventually, Todd joined the Board of Directors at AHT and became a member of the Sweetgrass Monthly Giving Circle to support the campaign for the new health centre set to break ground in 2020. “I’ve worked a lot of my career in health care. I have had a lot of requests to be involved in different organizations that I’ve had to decline but with Anishnawbe Health when the opportunity came up I wanted to give back. As a Métis person, there are not a lot of places for Indigenous health and I saw a need that was being met by AHT for the broader Indigenous community but also welcoming to Métis people. I appreciated how open and welcoming it was both as a Métis person but also as a two-spirited person.”

When asked what he tells others about Anishnawbe Health, Todd says, “It’s filling a need within the city, for the Indigenous community, by providing a space for Indigenous health and healing that is not available elsewhere. As Indigenous People, we can go in and get western health care at multiple locations but Anishnawbe Health is filling a need for Indigenous wellness that is essential.” Todd adds, “When you look at the Indigenous population in Toronto, the fact is it is such a large community but it gets lost because Toronto itself is the largest city in the country. Even though we have a large Indigenous community we are invisible within the city and I think people are often surprised that the facility isn’t adequate.“

On becoming a monthly donor and joining the Sweetgrass Monthly Giving Circle, Todd explains, “I wanted to give a significant donation from myself and becoming a monthly donor enabled me to spread out a more modest donation. By doing it monthly, over a period-of-time, I can make a more significant contribution.” Todd adds, “I wouldn’t have been able to have done a one-time contribution in the amount I wanted but by giving monthly over many years it goings to add up to something that will assist Anishnawbe Health as part of the capital campaign.”

When asked what he would tell someone who is thinking about donating, Todd’s advice, “Absolutely do it. Give as much as you can. Certainly, a little bit over a long period of time can make a difference.   If people are interested in donating, I highly recommend that they look at the monthly donor program as a way you can give a little bit monthly which will add up to a nice piece to help the Foundation and the Indigenous community in Toronto.”

Today, Todd and his partner Kirk reside in New Brunswick, wanting a quieter life and to be closer to Todd’s parents. However, Todd is still actively involved in his community. “I’ve certainly done a review of the types of things I wanted to get involved in and I narrowed that down to working on LGBTQ2, environmental, and health care issues. I’m very involved in my Métis community, the Métis Nation of Ontario, and, as a past member of the military, with the Métis Veterans. To me, volunteering is a way to give back. I don’t have a huge income so by volunteering and giving monthly donations, I’m able to give back when and where I can.”

To learn more about becoming a monthly donor and a member of our Sweetgrass Monthly Giving Circle, visit www.supportanishnawbe.ca/donate/sweetgrass-monthly-giving-circle/