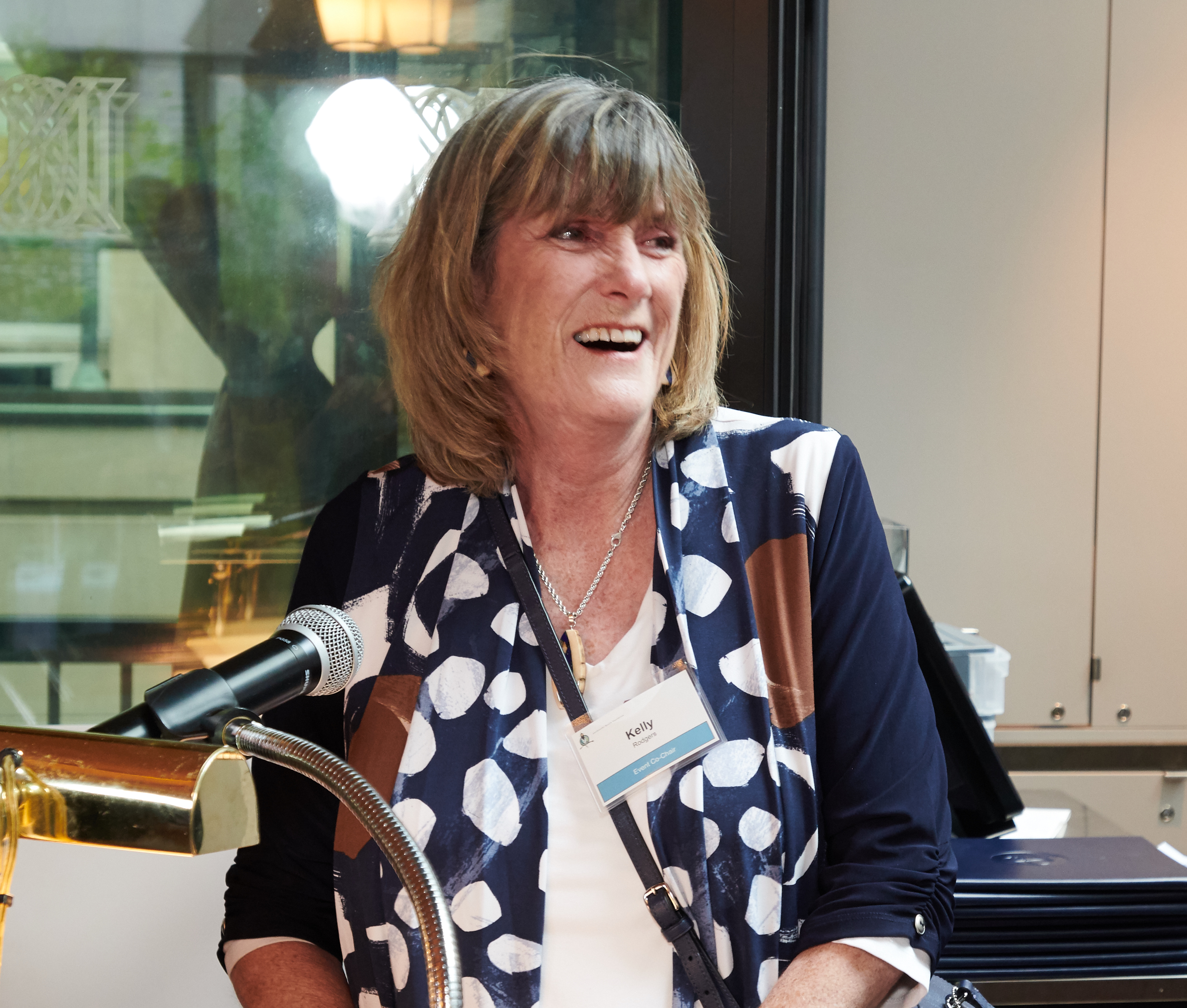 Giving back through volunteering her expertise

Kelly Rodgers first became involved with First Nations communities when she received a call from an accountant wanting to order six copies of a book she had written. Intrigued that the mailing address was in Whitehorse, she called the person back and found out they were working with a First Nation whose land claim settlement had been improperly invested. Kelly was brought on to help them. This led to a referral to another First Nation community, which in turn lead to another. Today working with First Nation’s Communities accounts for the majority of her business-Rodgers Investment Consulting.

Kelly has been involved in the investment and financial services industry for nearly 35 years and has worked with Indigenous communities since 1995. She has held various Board positions during her career including as a founding member of the National Aboriginal Trust Officers Association and is currently as Vice-Chair of the Finance, Audit and Investment Committee Member with Anishnawbe Health Foundation (AHF). In fact, Kelly leant her expertise to the Foundation to help it establish this now standing committee of the Foundation. When asked what interested Kelly most about volunteering with AHF, Kelly explains, “A very significant portion of my consulting practice is with Indigenous communities but none of them were in Toronto. I lived in Toronto and involvement in the Foundation was my way of giving back.”

Kelly not only volunteers with the Finance Committee but she quickly jumped into helping to raise funds for the organization, helping to establish its first ‘friendraising’ event in June 2017 as Co-Chair of the annual June Reception and Auction in support of the capital campaign for the new home of Anishnawbe Health Toronto. The yearly event coincides with National Indigenous History Month and National Indigenous Peoples Day. Kelly quickly recruited a great group of Investment Managers to volunteer on the committee and sponsor the event. Rodgers Investment Consulting, along with the other founding “hosts”, cover all event costs so that other sponsorships, donations, ticket sales and auction proceeds go 100% to the cause. We would like to acknowledge and thank our generous hosts: Beutel Goodman, Fiera Capital, Guardian Capital, Leith Wheeler Investment Counsel, Lincluden, Ridgewood Asset Management and Rodgers Investment Consulting.

When planning started for the first event, Kelly remembers, “We wanted it to have a very relaxed feel. We didn’t want anyone to be priced out. We wanted there to be some fun with it, which you get with the auction.” Kelly adds, “We wanted it to feel more like friends getting together after work.” To-date the event has been a huge success and has raised over $130,000. Unfortunately, in 2020 and 2021, due to the COVID-19 Pandemic, the event had to be cancelled. However, Kelly is optimistic and exclaims, “It’s disappointing but we have been disappointed a lot in the last year. It will happen again, date to be determined!”

Kelly also continually supports the campaign as a donor. On why she chooses to donate to Anishnawbe Health Foundation, “I think they are doing great work. There are so many great causes and I certainly don’t have the resources to donate to every single one of them as much as I would like to.” Kelly adds, “On a personal level, I have to narrow it down to things that I think they are doing really great work; I think they have really good governance and that whatever funds I give will be used effectively; and that it will actually make a difference in the long term.”

To learn more about the campaign for a new home for Anishnawbe Health Toronto, visit www.www.supportanishnawbe.ca/the-campaign/a-new-home-for-anishnawbe-health/