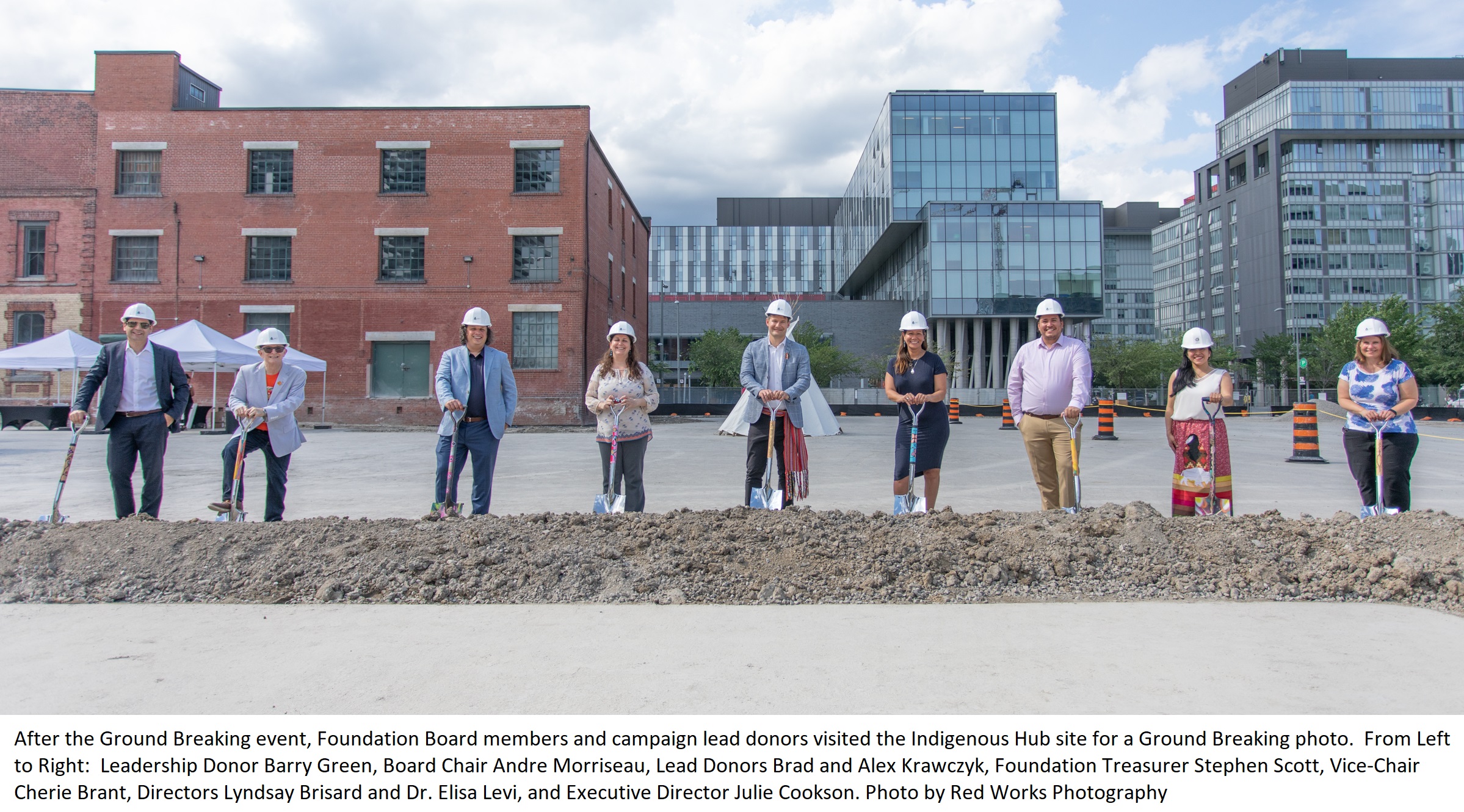 National Indigenous Peoples Day was a busy day for Anishnawbe Health Foundation! We started the day with a special invitation from the TMX Group to open the TSX Stock Market virtually at 9:30 a.m.  Members of the Foundation’s Board, Finance Committee and staff took part in the event.  TMX Group took this opportunity to announce a $50,000 donation to the home for a new home for Anishnawbe Health Toronto.  To see coverage of market open click here.

The Foundation also commemorated National Indigenous Peoples Day by running a full page ad in the Toronto Star to recognize our supporters who have helped us to achieve 94% of our $10 million campaign to support the new home for Anishnawbe Health Toronto and the reclamation of Traditional Healing practices.

In the afternoon, Foundation donors, volunteers and supporters joined in the virtual Ground Breaking of the Indigenous Hub, including the new home of Anishnawbe Health Toronto (AHT) at Front and Cherry Streets in the West Don Lands.  In addition to the new home of Anishnawbe Health Toronto, the Hub will include the new Miziwe Biik Training Institute, a childcare and family centre, retail space and residential units.   The event was hosted with Development Partners Dream, Kilmer Group and Tricon Residential. 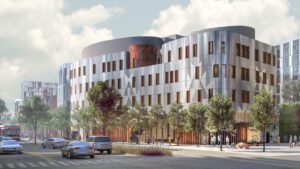 “Today’s ground breaking is a major milestone, years in the making. The site will be a gathering place for the Indigenous people from across Turtle Island and a home to support the reclamation of culture and identity,“  said Joe Hester, Executive Director of AHT.

The ceremony, attended by over 750 virtually, was livestreamed due to pandemic restrictions.  Before the livestream began, Cree Traditional Healer Pete Keshane, assisted by Osh-ka-be-wis, John LaForme, performed a special blessing of the land and a pipe ceremony.  The livestream featured First Nations drummers Young Creek and four fancy shawl dancers – Nicole Levek, Nazarene Pope, Saga Kwandibenz, and Shannon Rogers.  The fancy shawl dance was chosen to reflect the star blanket shawl-inspired design of the new home for Anishnawbe Health Toronto on the Hub.   While the day was a celebration of a path to a brighter future, the event included a poignant reminder of the past as Young Creek performed an honour song to honour the 215 children’s bodies found at the Kamloops Residential School and all Indigenous children who did not return home from schools across Canada. 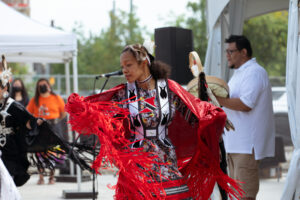 The news of the Indigenous Hub ground breaking was featured across various media channels including CTV News, Global News, CBC, CP24 and many more. Read it all here.

For those who missed the ground breaking event or would like to re-watch the event, you can view the video here.