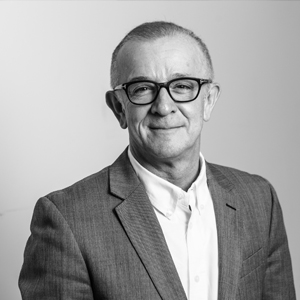 Andre (Ojibway) is an enthusiastic advocate and ambassador for Indigenous arts, culture and public affairs. A member of the Fort William First Nation (Thunder Bay) where he maintains a home, Andre is based in Toronto. Over the past 15 years Andre has served on numerous boards of directors including the Ontario Arts Council (OAC), ImagineNATIVE Film and Media Arts Festival, Native American Journalist’s Association (NAJA), Aboriginal Voices Radio Network (AVR) and the Toronto Council Fire Native Cultural Centre. In 2003, Andre was chosen as one of the first three recipients of Toronto’s Aboriginal Affairs Award.

Andre has gained a reputation for promoting and supporting Indigenous arts and public affairs. As former host of Nation to Nation on Aboriginal Voices Radio, CKAV 106.5 FM, and UrbaNative at CIUT University of Toronto, he shared countless stories of Indigenous peoples and their experiences. As well he has volunteered his time for many years with Nationtalk.ca Canada’s Premier Indigenous Newswire where many of his interviews with the who’s who of the Indigenous world can be listened to on the New Media section of the newswire.

For five exciting years Andre worked as the Secretariat for the National Aboriginal Achievement Foundation (NAAF) now Indspire. For the past three years he worked as the Communications Officer for the Chiefs of Ontario (COO). He is the current Chair of the James Bartleman Aboriginal Youth Creative Writing Awards Jury. 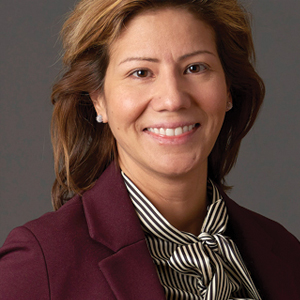 After being called to the Ontario Bar in 2003, Cherie has established a commercial real estate, renewable energy an Indigenous law practice. Cherie provides strategic counsel to several First Nations and industry clients seeking to develop projects with First Nations and to understand and address Aboriginal rights and interests. Cherie has been named one of Lexpert magazine’s Rising Stars, Leading Lawyers Under 40.

Cherie completed the first 100% First Nation owned windpower project in Ontario and is active in providing both on-going advocacy for renewable energy development proponents. As lead counsel to the First Nations Energy Alliance (a consortium of twenty First Nations) on the Integrated Power System Plan review before the Ontario Energy Board, her counsel was instrumental in promoting Indigenous participation models for renewable energy procurement.  She serves as a member of the Hydro One Board of Directors.

Cherie is a member of Mohawks of the Bay of Quinte and has family from Wikwemikong First Nation on Manitoulin Island. 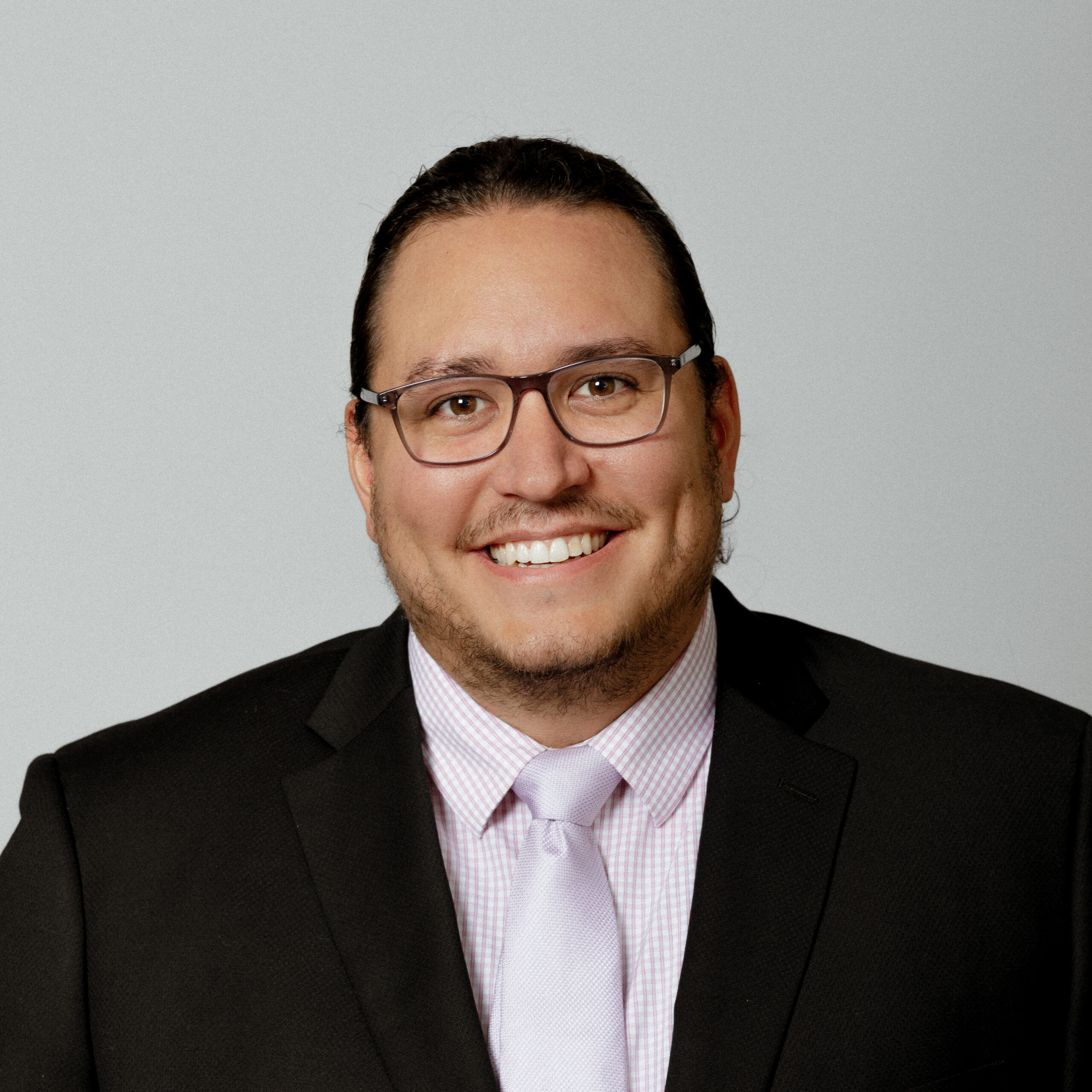 Lyndsay is Anishinaabe from the Wiikwemkoong Unceded Territory and has spent his career working in the First Nation and social housing industry as well as First Nation community economic development. A graduate of the Master of Real Estate and Infrastructure program at the Schulich School of Business along with a Bachelor of Commerce degree from York University, he hopes to ultimately build a long-term career in social impact investing for First Nations, Inuit, and Metis communities. 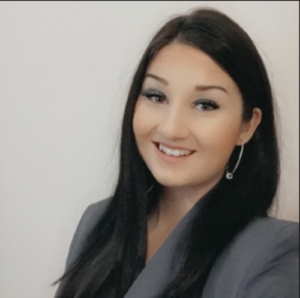 Brittany has joined our Board as a recruit through the Fora: Network for Change Girls on Boards Young Director mentoring program which places experienced young leaders on non-profit governance boards or committees in their communities. Brittany, who is proudly Mohawk and Algonquin, is currently completing her undergraduate degree in the Bachelor of Social Work program at Nipissing University in North Bay, Ontario.

Brittany is committed to making meaningful, equitable, and transformational change in society. As an aspiring social work practitioner, Brittany is a firm believer in working collaboratively alongside diverse populations to minimize barriers and instill opportunities for all to thrive. Her areas of interest and expertise include mental health, forensics, substance abuse, trauma-informed care, and juvenile and adult justice services. In addition to her studies, Brittany has a wealth of work and volunteer experience assisting vulnerable populations in her community. 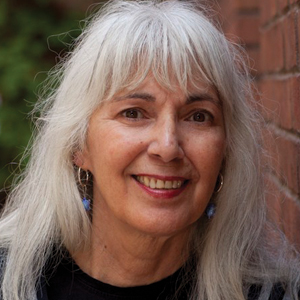 Diane is an established professional with over 25 years of experience in the not-for-profit and various business sectors, ranging from real estate sales, property management, landscape and ground maintenance, clothing design, including a school of martial arts. To advance Indigenous socioeconomic reconciliation, Ozhige Insulpanel provides efficient and environmental solutions by converting agricultural waste into a green, high-quality, sustainable building material. Previous to Ozhige, Diane co-founded a virtual reality marketing company, worked at the Canadian Council for Aboriginal Business leveraging her diverse set of skills and talent for building strong client-focused relations, and also at the Banff Centre for Arts and Creativity in the Indigenous Leadership and Management program area.

Diane is a Mohawk/Anishnawbe kwe from the Mississauga territory. She holds a B.A. Honours from Trent University majoring in Indigenous Studies including a diploma in Indigenous Management and Economic Development. She currently serves on various boards and advisory committees and is dedicated to driving social innovation and transformation in various fields including adult professional development, health and enterprise development. 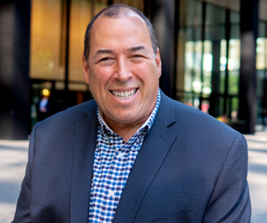 Tim has worked in the financial services industry for more than 25 years and has experience in developing customer relationships in retail and commercial banking, which includes providing investment advice and solutions. During this time, he was responsible for developing and growing business opportunities in personal, commercial and the trust services market.

Tim earned an undergraduate degree in Economics from Laurentian University. He is a member of NATOA, CANDO and AFOA. In May 2019, Tim successfully completed the AFOA Harvard Business School program – Leading People and Investing to Build Sustainable Communities.

Tim is a proud member of Nipissing First Nation – a community of 2,800 members (800 on reserve) located about 350 kilomteres north of Toronto. He volunteers his time as a community trustee on the Nipissing 2013 Boundary Claim Trust, since the inception of the Trust. He previously served on the communities’ Economic Development committee. ​ 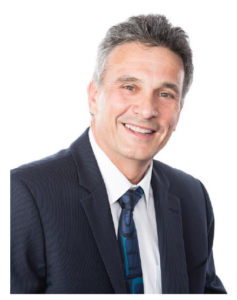 Kelly Lendsay is a entrepreneur who is internationally recognized as one of Canada’s foremost innovators and organizational development experts in workplace inclusion systems, models and corporate/indigenous partnerships. His dynamic communications style and passion for innovation has earned him the reputation as an engaging thought leader and effective bridge-builder fostering trusted partnerships for workforce and economic development across Canada, USA, Australia and abroad.

A proud Canadian Indigenous leader of Cree and Métis ancestry, he moves seamlessly between both worlds fostering economic inclusion, well-being and prosperity for Canada. Kelly is recognized for creating many ‘innovative firsts’; he is currently launching a new initiative called “Luminary: Advancing Indigenous Innovation for Economic Transformation, Employment and Well-Being” with more than 130 Luminary partners from the academic, Indigenous business and NGO communities from Canada, USA and Australia. He was honored by the University of Saskatchewan (U of S) as one of their “100 Alumni of Influence” in the last century whose accomplishments have been recognized for influencing the growth and development of the university, the province, and the world during the last century. 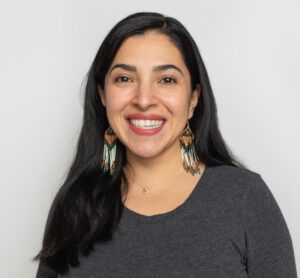 Dr. Elisa Levi recently graduated from the Michael G. DeGroote School of Medicine (class of 2021) and is currently doing her residency in family medicine at Grey Bruce Health Services – Owen Sound Hospital. As a consultant she has advised several non profit organizations on food & health strategies working with Indigenous peoples. She is a member of the board for Edkaagmik Nbiizh Neyaashiinigamiingninwag Edbendaagzijig Trust in her community, and sits on the boards of the Indigenous Peoples Resilience Fund and the Anishnawbe Health Foundation. She has a Master of Public Health from Lakehead University and Bachelor of Science with a focus on Nutrition from Ryerson University. She is a proud Anishinaabe, mother of two and member of the Chippewas of Nawash in Ontario. 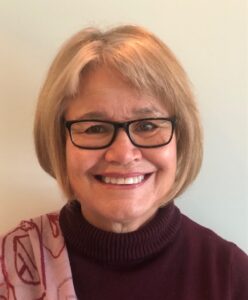 Judith is a member of the Delaware Nation of the Six Nations.  Judith has had a successful career at federal and provincial levels, serving in Ottawa in numerous line departments and central agencies up to the rank of Senior Assistant Deputy Minister. Judith’s field of experience has covered employment and labour market training and development, machinery of government, agriculture and rural affairs, merit-based human resource development and training delivery, international development, export financing, federal-provincial relations, Indigenous affairs, among others.  She led the central agency review in the OPS that led to the creation of the Ministry of Government Services.

Judith was a partner in McLaughlin-Moses Strategic Advisory Services, a government relations firm, has run her own consulting practice and ran as a federal candidate in the ’08 election and for the provincial candidacy St. Paul’s in ’09.

Judith has served in various local community service capacities, as Chair of HIPPY Canada, Board Member, World Relief and Development Fund, Member, Primate’s Commission on the United Nations Declaration on the Rights Of Indigenous People and on the Board of Governors of Carleton University.

She holds a Bachelor’s Degree from the University of Guelph and studied at the Oxford Centre for Management Development. 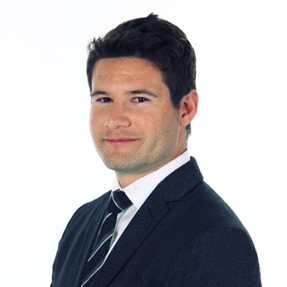 Stephen’s background includes more than six years in working in Canadian banking, focusing on mid-market lending and financial analysis.  Stephen also has previous experience working at the Canadian Council for Aboriginal Business (CCAB) helping to build opportunity and partnerships between Indigenous and Non-Indigenous corporations and businesses across Canada.  He has continued to volunteer at CCAB as a National Jury Member of the Progressive Aboriginal Relations (PAR) certification program.  Stephen served for two years as a member of the Foundation’s Finance, Audit and Investment Committee before joining the Board of Directors.

Stephen is a proud member of the Métis Nation of Ontario.  He holds an MBA from the Schulich School of Business. 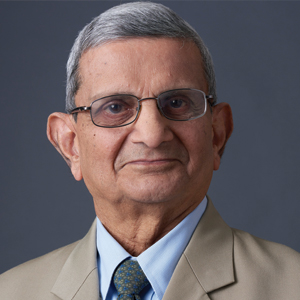 Dr. Shah is a practising physician, a public health practitioner and an advocate for improving the health and well-being of marginalized groups in Canada. He was a Professor in the Department of Public Health Sciences, University of Toronto from 1972 –2001. After his retirement from the University, he worked at Anishnawbe Health Centre Toronto from 2001 – 2016, where he provided primary healthcare to clients and also conducted research in urban Indigenous health issues.

He has served as Diversity Consultant, Peel Public Health advising how to make public health program more culturally sensitive (2008 – 09). He was a Special Advisor to the Assistant Deputy Minister on Public Health to the First Nations and Inuit Health Branch, Health Canada, Government of Canada (2006 – 07); Member, Special Diets Expert Review Committee, Ministry of Community and Social Services, Government of Ontario (2006 – 07); Member of the Mental Health and Addictions Council of the Toronto Central Local Health Integration Network and was a Board Member of the Canadian Blood Services (2003- 05). In June 2007, he was invited to the Senate Committee on the Determinants of Health on “Round Table for Aboriginal Health.”

His textbook, Public Health and Preventive Medicine in Canada, now in its 5th edition, is a unique resource that is widely used by Canadian undergraduate and graduate students from a range of health disciplines.